Approximately 15.1 million tons of waste was created from textiles in 2013, but the numbers have continued to grow.  The textile industry produces a large mass of waste every year.  The fashion industry has created and perpetuates wasteful practices such as using low-quality materials, poor environmental practices, and unethical production.  This has become known as fast fashion.  Switching to sustainable fashion can help our environment, the working conditions of the producers, and our future.

END_OF_DOCUMENT_TOKEN_TO_BE_REPLACED

Life before coronavirus is a nostalgic memory. While this pandemic has taken a toll on countless lives, the coronavirus has been quite a relief for the natural world. In the past few years, climate change has arguably become the single largest effect on the environment, resulting in Earth’s temperature rising “about two-thirds of a degree Fahrenheit”[1]. Even though the coronavirus pandemic has had a negative impact on human life all over the world, it has had an unexpected positive impact on the environment.

END_OF_DOCUMENT_TOKEN_TO_BE_REPLACED

As the Earth tilts towards the sun, and the weather begins to warm, the real magic happens. Flowers bloom and the sounds of Spring burst forth in sweet melody. These spectacular sounds are the mating calls of many winged creatures.

END_OF_DOCUMENT_TOKEN_TO_BE_REPLACED

Thanks to modern technology, scientists think that the Deepwater Horizon oil spill may have spread its pollution further than what we originally thought. The original estimates were based off of satellite images taken of the oil spill off of the coast of Mexico. The spill itself was almost 800 million liters of oil. The satellite images were used to estimate where the oil had gone in order to find out which areas needed to be temporarily closed off to be cleaned. However, now, almost a decade later, scientists have run computer simulations that suggest the oil may have spread further than we originally thought.

END_OF_DOCUMENT_TOKEN_TO_BE_REPLACED 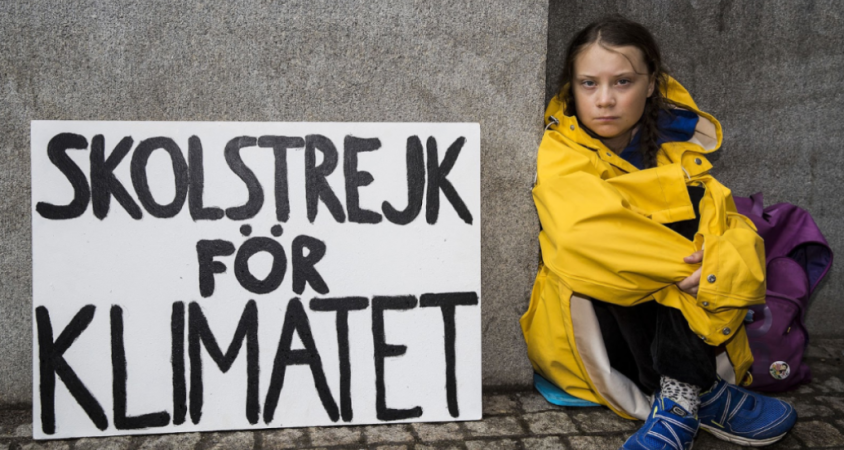 IMPORTANT: As many of you know, Australia is currently suffering from bushfires that are bring about mass destruction.  If you would like to donate, but do not know how I have provided a link to an article with information on the crisis and how to donate.

END_OF_DOCUMENT_TOKEN_TO_BE_REPLACED

Social media acts as a powerful force in spreading awareness to issues and events as they occur in the world.  Over the years, celebrities have begun to utilize their growing influence to help further raise attention to such information.  Leonardo DiCaprio is one star in particular who has utilized his voice to raise awareness about climate change in the world and its consequences.

END_OF_DOCUMENT_TOKEN_TO_BE_REPLACED

The recent and ongoing bushfires in Australia have devastated many. There has been extensive damage to property, and the biodiversity of Australia is also being threatened. Many aspects of these bushfires are very different when compared to other recent wildfires. This makes them all the more unpredictable.

END_OF_DOCUMENT_TOKEN_TO_BE_REPLACED

We depend on plastics almost every day. What many people don’t know (or don’t like to think about), is plastic is extremely harmful to the environment. Plastics are toxic to the Earth; they harm organisms, entire ecosystems, and can even harm humans.  If we don’t take action now, who knows what the Earth will be like for future generations.

END_OF_DOCUMENT_TOKEN_TO_BE_REPLACED

According to “Climate Change and the Ocean”, “over 90% of the heat” produced by climate change has been consumed by the ocean. This is an alarming statistic. From the industrial revolution to today, Earth’s population has continued to rise, and more people means more fossil fuel burning and energy usage (Smithsonian Ocean). Sediment cores from the deep ocean have determined that human activity is the primary cause of climate change; more specifically, the greenhouse effect (Smithsonian Ocean). Through this effect, gases, most notably carbon dioxide, have been released into the atmosphere in record numbers (Smithsonian Ocean). These gases have absorbed heat from the Sun, and in turn, have gradually warmed the Earth (Smithsonian Ocean). The ocean, which is home to 96.5% of Earth’s water, is literally taking the heat (“How Much Water…”).

END_OF_DOCUMENT_TOKEN_TO_BE_REPLACED

According to the Center for Sustainable Systems at the University of Michigan, “A carbon footprint is the total greenhouse gas (GHG) emissions caused directly and indirectly by an individual, organization, event or product.” They continue, “it is calculated by summing the emissions resulting from every stage of a product or service’s lifetime (material production, manufacturing, use phase, and end-of-life disposal).” From the perspective of the school, how does a GWUOHS student’s carbon footprint compare to a traditional brick and mortar school student? Let’s put our best foot forward and look into transportation, paper, and lunchtime.