Ten years ago, on October 30th 2012, the Walt Disney Company purchased Lucasfilm for $4.05 billion. While some Star Wars fans cheered and others were hesitant, all eyes were on Disney. Within the last ten years, Disney’s impact on that galaxy far, far away has been tremendous with new movies, television shows, and additions to Disney Parks across the world.

The Journey of Lucasfilm

In 1977, Star Wars: A New Hope introduced the world to Luke Skywalker, his sassy droids R2-D2 and C3-PO, and the vicious Darth Vader. After the final movie, Return of the Jedi, released in 1983, fans thought that was the last glimpse they would get of the galaxy they grew to love. However, Lucasfilm shocked fans when they released the 1999 film, The Phantom Menace.  Unfortunately, many were not pleased with the prequel trilogy that Lucasfilm created while trying to keep up with the newest technological advancements in film. In the years after the prequel films were released, the animated television show, The Clone Wars, aired on Cartoon Network. But Lucasfilm needed more to keep fans engaged. Little did Lucasfilm know that Mickey Mouse had his eyes on the franchise. In 2012, then-CEO Bob Iger discussed a deal with Lucasfilm’s CEO, George Lucas, who was looking to retire. After a whopping $4.05 billion, Disney was now in charge of the future of Star Wars. Disney got right to work, with the first Disney-Star Wars project, Star Wars: Rebels, airing in 2013. This television show was successful, but not a huge step for Disney. However, the tide changed when the first Disney produced Star Wars movie, The Force Awakens, released in December 2015. As the highest grossing movie in Disney film history, hitting over $2 billion at box office, Disney upheld their promise to make Star Wars fans happy. With this positive reaction, Disney ran with the money, producing toys and merchandise which allowed the spread of Star Wars to Disney theme parks around the world. Alongside the prequel trilogy, Disney released other Star Wars movies including Rogue One: A Star Wars Story and Solo: A Star Wars Story. 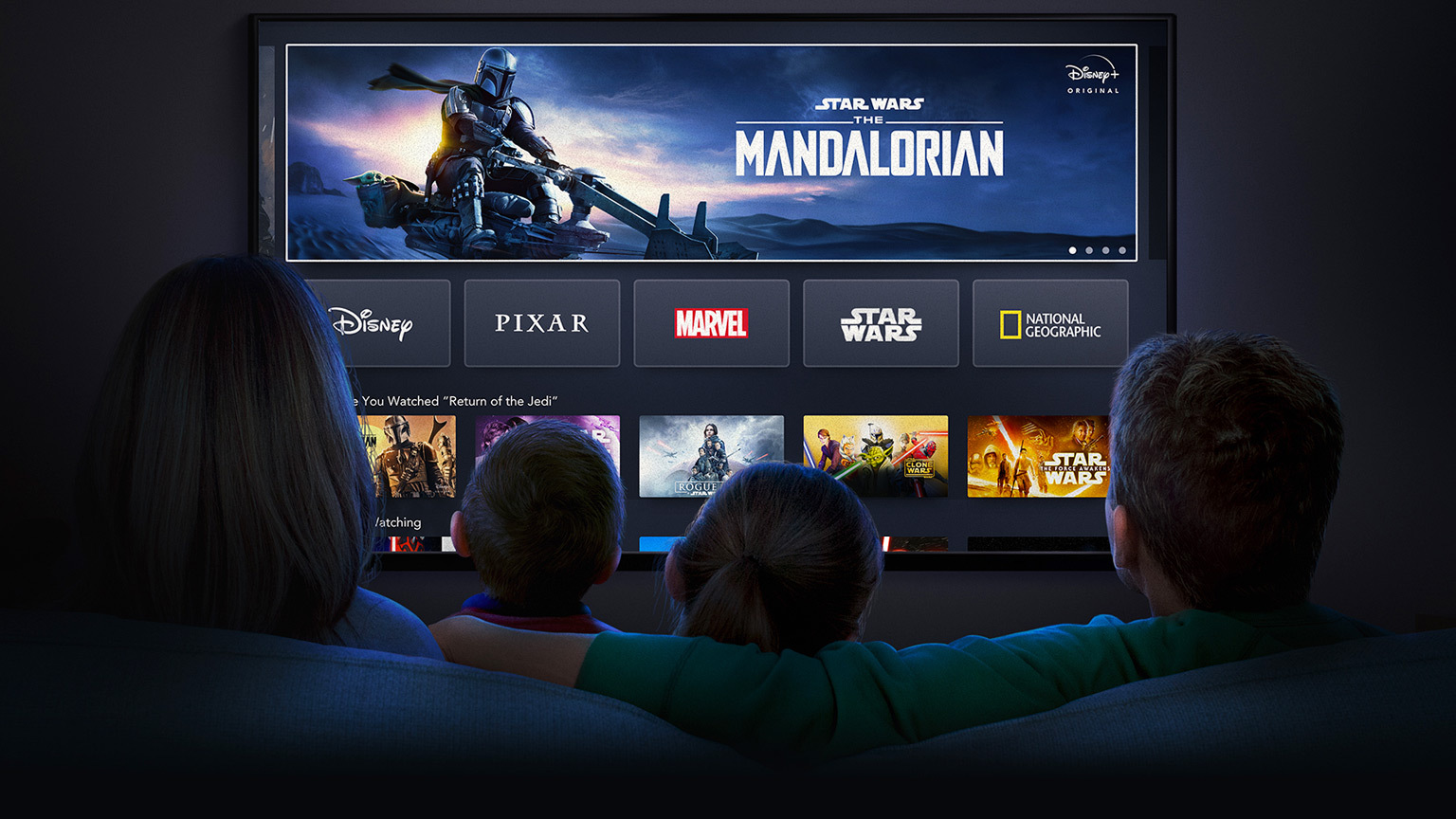 Things changed yet again in 2019 with the announcement of Disney+, a home entertainment system that brought all of the Disney magic to you, in the comfort of your home. With the introduction of Disney+, past Star Wars TV shows like Star Wars: The Clone Wars and Rebels were brought to light once again. This new platform also allowed the creation of the first fully live action Star Wars show, The Mandalorian. The results that The Mandalorian produced were unlike anything Disney had seen before. The Mandalorian became Disney+’s most successful show, as it reflected back on the original Star Wars trilogy from 1977. As the fan base grew, Disney had more ideas flowing through and being put into action. Now, there are countless new Star Wars TV shows available including: The Book of Boba Fett, Obi-Wan Kenobi, The Bad Batch, and Andor.

However, sometimes watching the action from the couch isn’t enough to satisfy the audience. In 2019, Star Wars: Galaxy’s Edge became the newest addition to Hollywood Studios in Walt Disney World. Visitors are able to launch the legendary Millenium Falcon into hyperspace, escape from the First Order and the evil Kylo Ren, and walk around with a cold glass of blue milk. The stories in Galaxy’s Edge are endless within the Star Wars story where YOU are the main character. Later in March of 2022, the first ever fully immersive hotel, Star Wars: Galactic Starcruiser, opened. This two-night experience allowed guests to bring the immersiveness experienced in Galaxy’s Edge to a whole new level. Disney yet again brought home the gold with the opening of Galaxy’s Edge, as replicas of the land have been created in Disneyland California and Disneyland Paris.

The Future of the Galaxy Without a doubt, Disney has not only delivered on their promise to continue the various stories in Star Wars, but they recreated what it means to be a Star Wars fan. With hundreds of hours of content to watch and multiple ways to become a part of the story, Disney isn’t done. Projects like The Mandalorian season 3, The Bad Batch season 2, and Ahsoka are all on the horizon. However, there are more stories to be uncovered, planets to discover, and most likely another nobody-turned-hero to be introduced to the world. Star Wars continues to be a beacon of light in a world of darkness, making the future something to look forward to, not fear.