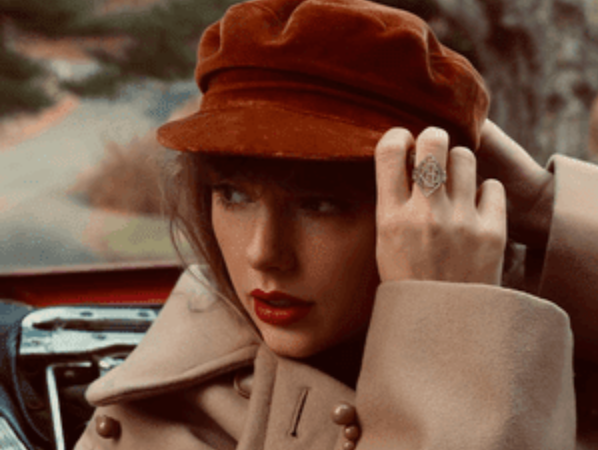 If you have listened to music on Spotify lately, you may have noticed old Taylor Swift songs are being re-released a second time. Of course, many fans are elated by these releases, but some listeners may be asking: Why is Taylor Swift rerecording her masters?

In late 2018, Swift’s contract with her former record label that she had been with since 2005, Big Machine, expired and she signed with Universal Music Group. In June of 2019, her masters were bought by Scooter Braun’s Ithaca Holdings LLC for an estimated $140 million. Unfortunately, the masters were sold without Swift’s knowledge, and she was not given a chance to purchase them herself. Braun then sold her masters again to Shamrock Holdings in late 2019 for an estimated $300 million.

After her masters were sold, Swift announced that she would re-record her old albums, calling the new releases “Taylor’s Version.” That way, her fans could stream her version of the old albums while not supporting the people who purchased them. Since Swift has written all of her music, she wants to own her words, which are often based on actual events in her life.

On the release night for Red (Taylor’s Version), Swift explained the addition to her song titles on Late Night with Seth Meyers, saying “when something says ‘Taylor’s version’ next to it, that means I own it, which is exciting.” When fans stream the new version of the old songs, the value of her original master’s decreases, making the sale worthless to the buyers.

While her rerecorded albums include all of the original tracks, they also include new ones. Swift has dubbed these new tracks “from the vault.” She wrote these songs for the original album but they did not make it onto the tracklist for one reason or another. This has allowed Swift to ask some of her favorite artists to collaborate on the vault tracks. So far, Maren Morris, Keith Urban, Phoebe Bridgers, and Christ Stapleton have been featured on vault tracks from Red (Taylor’s Version) and Fearless (Taylor’s Version).

Swift has re-released two re-recorded albums so far. In April, Swift released Fearless (Taylor’s Version). The original Fearless was Swift’s sophomore album and won her Album of the Year at the 2010 Grammy Awards; at the time, she was the youngest winner of the prestigious award. Upon its release, the album became the biggest first-week debut of any country music album in six years per Billboard. This past month Swift released the Second rerecording, Red (Taylor’s Version). In the first five days, it became the second-largest week for any album in 2021 in the US and the biggest sales week for the year.