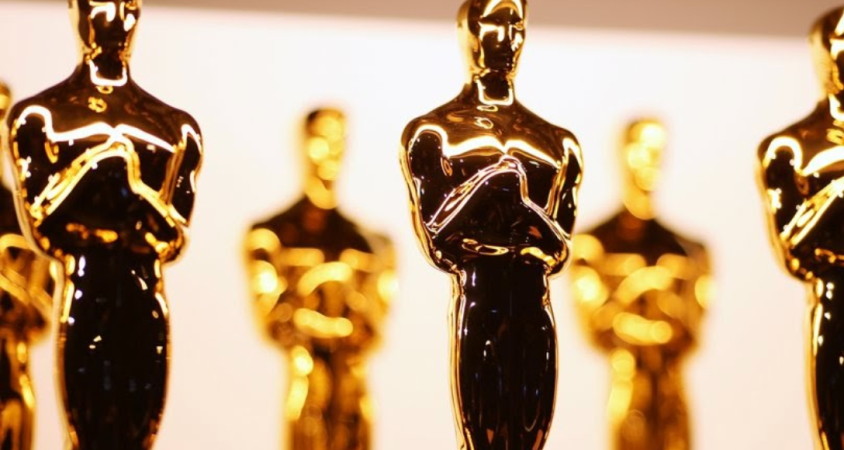 A look into the ceremony’s diversity issue

We have barely stepped into the new decade and the new year, however it already seems as though we are going backwards.  Recently, the Oscars held its 92nd show to honor a myriad of films, however the spotlight fell onto its nominees or rather the lack of diversity present in the nominations.  While a lack of diversity in a nomination list for an award show celebrating elite members of society seems small in comparison to many other issues plaguing the world, this issue is much larger than it seems.  In fact lack of diversity in the Oscars led to popular trends such as #OscarsSoWhite and led many people to boycott the Oscars, celebrities included. Natalie Portman even showed up to the 2020 Awards show in a custom Dior gown which had the names of all female directors who were snubbed by the Academy.

Films allow everyday people to feel joy and even representation when they see someone like them on the big screen.  As years have passed, more representation has occurred on the big screen however the Academy has–without fail–overlooked this representation every year for Oscar nominations.  The nomination list this year was truly astounding. Only one person of color, Cynthia Erivo, was nominated across the acting categories while Scarlett Johansson was nominated twice for her roles in two separate movies.  Additionally, no female directors were nominated even though critics raved about Greta Gerwig’s adaptation of Little Women in which both movie-goers and avid readers praised the movie for giving life to the novel.  The Academy nominates 9 films for best picture, so why not simply expand their other nomination lists to honor those who deserve it.  The issue doesn’t lie in the people they did nominate, as those people worked hard in their perspective roles, but rather in the people who they failed to nominate.  While winning is important, being nominated is as well because it conveys that people recognize the hard work put into a role. When a lack of diversity is present, as it has been since the award show first premiered, it feels as though the Academy does not value representation or simply chooses to overlook it.

Perplexed by the lack of diversity in the nominations, I set out to understand this issue.  When speaking about diversity in nominations, this covers two categories: women/non-male nominees and non-white nominees.  In regards to women, the category that truly stands out is “Best Director,” which is why I have chosen to focus on this category in particular rather than other ones.  In the 92 years of Oscars’ history, the coveted category for Best Director only features five female nominees: Lina Wertmuüller (1976), Jane Campion (1993), Sofia Coppola (2003), Kathryn Bigelow (2009), and Greta Gerwig (2017).  Of those five nominees, Kathryn Bigelow remains as the only woman to ever win the award which she received for her work on The Hurt Locker.  This year, no women were nominated despite the fact that Greta Gerwig’s film Little Women was nominated for Best Picture.  Surely if the film was nominated for Best picture, the director should be nominated as well?  While this may not always be the case, it is important to note that many complex parts go into making a movie in which credit should be given when credit is due.  The same goes for non-white members of the film industry. Over the course of 92 years the Academy has awarded three black men with best actor and 1 black woman (Halle Berry) for best actress.  When black men and women are nominated, the Academy seems to favor a select group consisting of Morgan Freeman with 5 nominations, Denzel Washington with 6, and Octavia Spencer and Viola Davis who have both received three nominations.  However, this same idea doesn’t just apply to the black community. The same occurs with the Hispanic community as evident in the Academy’s continued favoring of Penelope Cruz, Javier Bardem, and Benicio del Toro. Asian actors receive the bleakest numbers as they are hardly represented at the awards ceremony.  In fact, Bong Joon Ho’s win for best director at the 2020 Oscars makes him the second person ever of Asian descent to win the coveted award. According to data, 6.4% of acting nominations of the total 1,668 since the awards began in 1929 have gone to non-white actors. Isolating for the past 25 years, only 56 actors—11.2% of the total—were non-white.

Why? How? These questions constantly float around in my mind as I try to wrap my head around these numbers.  The most common and simplest way to understand this issue involves the examination of the makeup of the voting board of the Academy.  As of 2012, 94 percent of academy voters were white and 77 percent of those voters were men. The demographics of who makes movies, writes movies, edits movies, produces movies and stars in movies are equally stark. These numbers, while not recent, do convey how the nomination and voting process possesses an inherent bias regardless of whether or not those members are aware of it.  However, these numbers do not always mean that non-white and non-male people cannot obtain nominations and wins. Yet it appears as though every time the Oscars seem to take a step forward in correcting the diversity issue for one group, they take strides back when it comes to another.  Take this year’s Oscars: Bong Joon Ho and his film Parasite made history and represented a major step forward for one part of the Asian community in film, however the Oscars lacked female nominees for Best Director and only nominated one black actor (Cynthia Erivo).

Is it fair to say that the Academy is racist and sexist?  My answer: not exactly. While the data shows a lack of diversity for both non-whites and women, it wouldn’t be fair to say that the Academy is racist in its full definition.  On the other end of this issue is the idea that people would vote for someone because they are black, Korean, Indian, a woman, etc. and not for their work specifically. This idea represents what we do not want because it still reduces the awards to being decided based on race.  However, on the other side of the spectrum is the idea that many talented members of the film industry are often overlooked. For example, many critics felt as though Lupita Nyongo should have received a nomination for supporting actress for her groundbreaking work in Us and were angry over Scarlett Johanson’s two nominations in the Best Actress and Supporting actress slots.  Chris Rock in his 2012 Oscars Monologue called the Academy “sorority racist,” saying that it’s like “we like you Rhonda, but you’re not a Kappa.”  While this statement may not cover all of the complexities of this issue, it does put the issue into simpler terms.  Its not that non-white or non-female members of the film industry aren’t good enough, its just that there exists a long precedent of white and male winners that has become the norm.  This is especially true when considering who makes up the board of people who nominate and vote. Ultimately however, the issue possesses too many complexities to simply put it into a frame that is black or white.

Ultimately, the Academy possesses an issue when it comes to diversity within its nominations for the Oscars.  The data shows that the time has come for the Academy to diversify the nominees in each category in a fair way that retains the credibility of their institution.  The issue possesses many layers and complexities that make it impossible to truly put the issue into simpler terms. Furthermore, these issues plague almost every award show from the Golden Globes to the BAFTAS showing how Hollywood in general has a major diversity issue.  The one thing that remains certain in all of this is that change needs to happen.