On Nov. 4, the National Academies of Sciences, Engineering, and Medicine convened to determine the nation’s scientific priorities in astronomy and astrophysics and set the course for their development over the next decade. Truly a community effort at heart, this decision is the culmination of 867 extensive research papers on various disciplines in the field, many public meetings and discussions, and several smaller panels . In accordance with tradition, the finalized objectives were to be detailed in the 7th Decadal Survey for Astronomy and Astrophysics, which arrived this year in the form of a 614-page report titled “Pathways to Discovery in Astronomy and Astrophysics for the 2020s” and nicknamed “Astro 2020” . Starting in 2023, the report calls for emphasis on three specific areas of astronomy, changes in the process through which major projects are mapped out and pursued, an expansion of mid-scale programs that draw on the community, and strengthening astronomy’s foundations through a unique focus on the people that support it.

END_OF_DOCUMENT_TOKEN_TO_BE_REPLACED 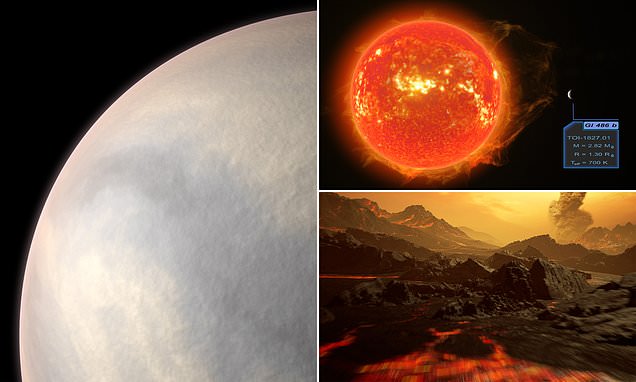 Last week on March 4th, astronomers at the CARMENES consortium announced the discovery of the exoplanet Gleis 486b, a rocky and sweltering super-Earth. It closely orbits the red dwarf star Gleis 486 at 24 light-years from Earth, making it relatively close in the grand scheme of space. Although it is 30% larger than Earth and boasts about 2.8 times more mass, it is assumed to be relatively similar to familiar rocky planets like Earth and Venus in its makeup. It is even believed to have a metallic core. In fact, with a projected surface temperature of 430 degrees Celsius, Gleis 486b bears a notable resemblance to the searing Venus, albeit with a thin and insubstantial atmosphere.

END_OF_DOCUMENT_TOKEN_TO_BE_REPLACED

Long ago, people would look to the night sky and observe only natural celestial bodies. Artificial lights did not blot and blur their sights, and human-made satellites did not crowd their horizons. Both of these phenomena factor into modern astronomy, but it has only been in the past 19 months that satellites have become a threat to astronomical observation. With the recent surge in satellite launches and the construction of satellite mega-constellations, hobbyists and professional astronomers alike are witnessing what can be a dangerous disruption and distortion of their cosmic viewing.

END_OF_DOCUMENT_TOKEN_TO_BE_REPLACED

Guarded by three concrete towers, admired by the 900-ton observatory that hung so precariously over it, and equipped with shining aluminum panels to stretch its 1,000ft diameter, the Arecibo Telescope was a colossal structure, both in physical size and historical significance. For 57 years, this giant, which was the world’s largest radio telescope until recently, proved itself an invaluable center for radio astronomy as it mapped planets, guided spacecrafts, tracked asteroids, and searched for signs of extraterrestrial intelligence. This last August, its end began when one of 18 cables suspending its hovering observatory slipped and crashed into the panels at the edge of the dish. The damage then was not irreparable, but on November 6th, another cable snapped in half and gouged the center of the dish. With two cables out of commission, the platform above it was in danger of falling at any moment, making repair too dangerous to attempt. The National Science Foundation closed the dish permanently and prepared for its controlled demolition. Then on December 1st, the platform and the 900 tons of instruments that it held came crashing down, sealing the telescope’s fate.