Bright colors light up a green tree against the dark sky that is now sprinkling down small snowflakes. Skates zip across clean ice, horns honk, people bustle by, and the cold crisp air fills your lungs as the city comes alive. This scene attracts thousands of people every year to New York City during the holiday season. With 125 million people visiting each year, the Rockefeller Center Christmas Tree has become a staple for NYC and a “World-Wide symbol of Christmas,” according to the Rockefeller website. While people come from all over to enjoy the tree, many do not know the history of this annual tradition. It all started in December 1931 in the midst of the Great Depression. Workers at Rockefeller Center decided to pool what little money they had together to buy a Christmas tree in an effort to raise spirits. This tree was a 20-foot high balsam fir Christmas tree decorated with garland made by their families. Two years later, it was made an annual tradition and the first official lighting ceremony was held. Although, this was always the most famous public Christmas tree in NYC, it was not the first. In 1912, Madison Square Park put up the first official public Christmas tree as part of a social event to make a Christmas tree available to those who couldn’t afford one.

In 1951, NBC hosted the first ever live broadcast of the tree lighting ceremony. After that the tree gained more attention with more elaborate decorations, and the next year it took twenty workers nine days to fully decorate the tree. In the following years, other attributes were added to the Rockefeller Center that would become smaller staples of Christmas in NYC. In 1969, the  triumphant collection of Herold Angels by Sculptor Valerie Clarebout was added in the Channel Gardens. The now famous skating rink, made in 1936, was meant to be a temporary exhibit but its rapid popularity made it become permanent. As a result of the nature and environmental movements of the 1970s, the tree was first recycled in 1971 and made into thirty bags of mulch for the upper Manhattan nature trails. Since then, the trees have been recycled, donated, or used as limber after it is taken down. 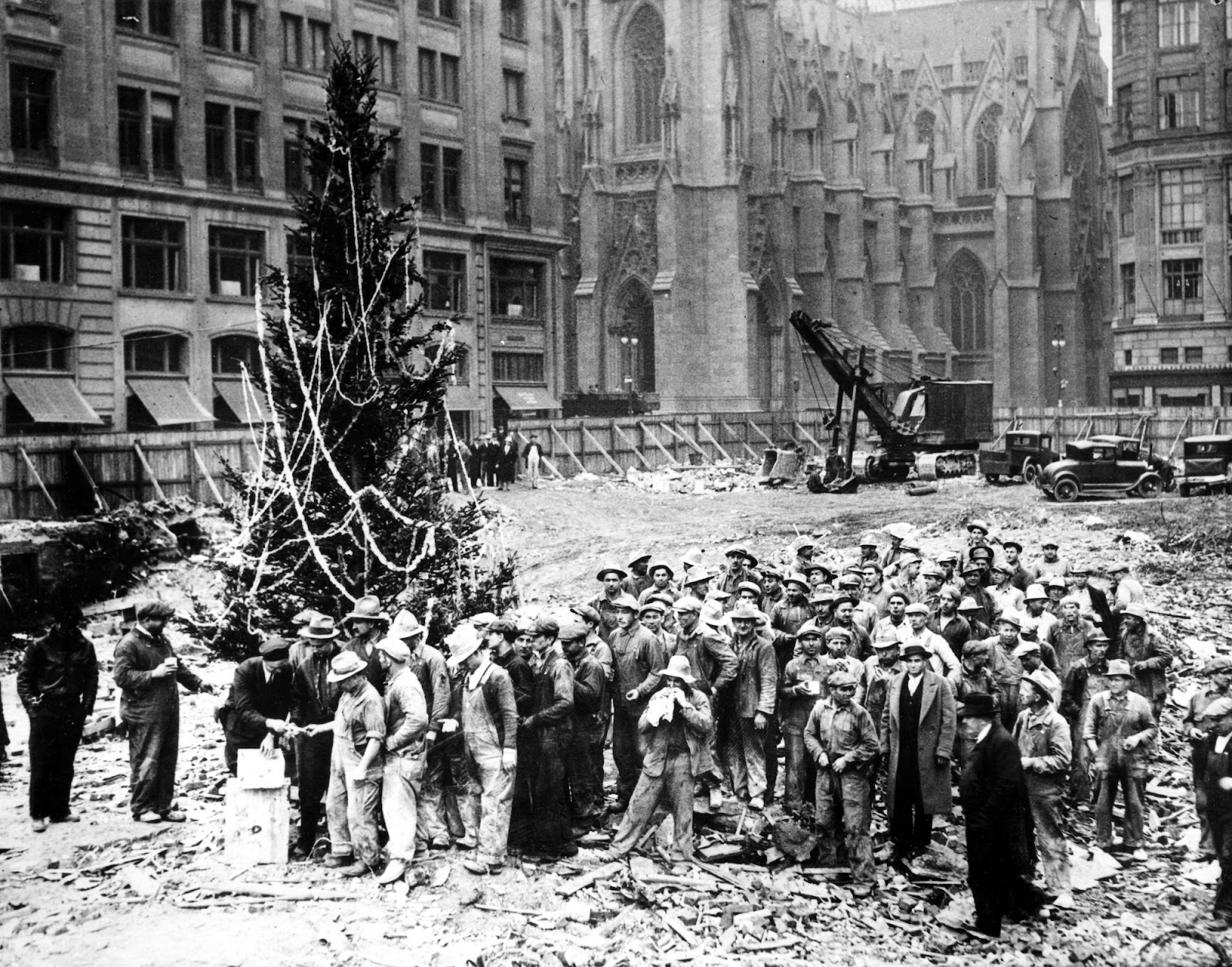 Led lights were first used on the tree in 2007 giving the tree the glow and sparkle it had never had. In fact, engineers spent three months creating a computer program to make the light twinkle just the right way. Most of the Christmas trees have been donated, while some years they had to be scouted out. The process of transporting the tree is quite complex as it has to be lifted by cranes, transported in a special vehicle, with much wire needed to hold it down. This year, it is an 80-year-old, 75-foot tall tree donated by Daddy Al’s General Store in Oneonta, New York. This tree first dampened many people’s Christmas spirit as it was not the full luscious tree we like to see at Christmas time. Many described it as being a Charlie Brown Christmas tree as it was very skimpy. Some even said, “This tree looks like 2020.” However, not to worry because once in care of Rockefeller workers more branches were added along with the hundreds of lights and decorations, giving the tree a major glow-up. They even found a little owl nesting inside the tree and named it “Rockefeller.” This adorable owl has since been rehabilitated and released back into the world. 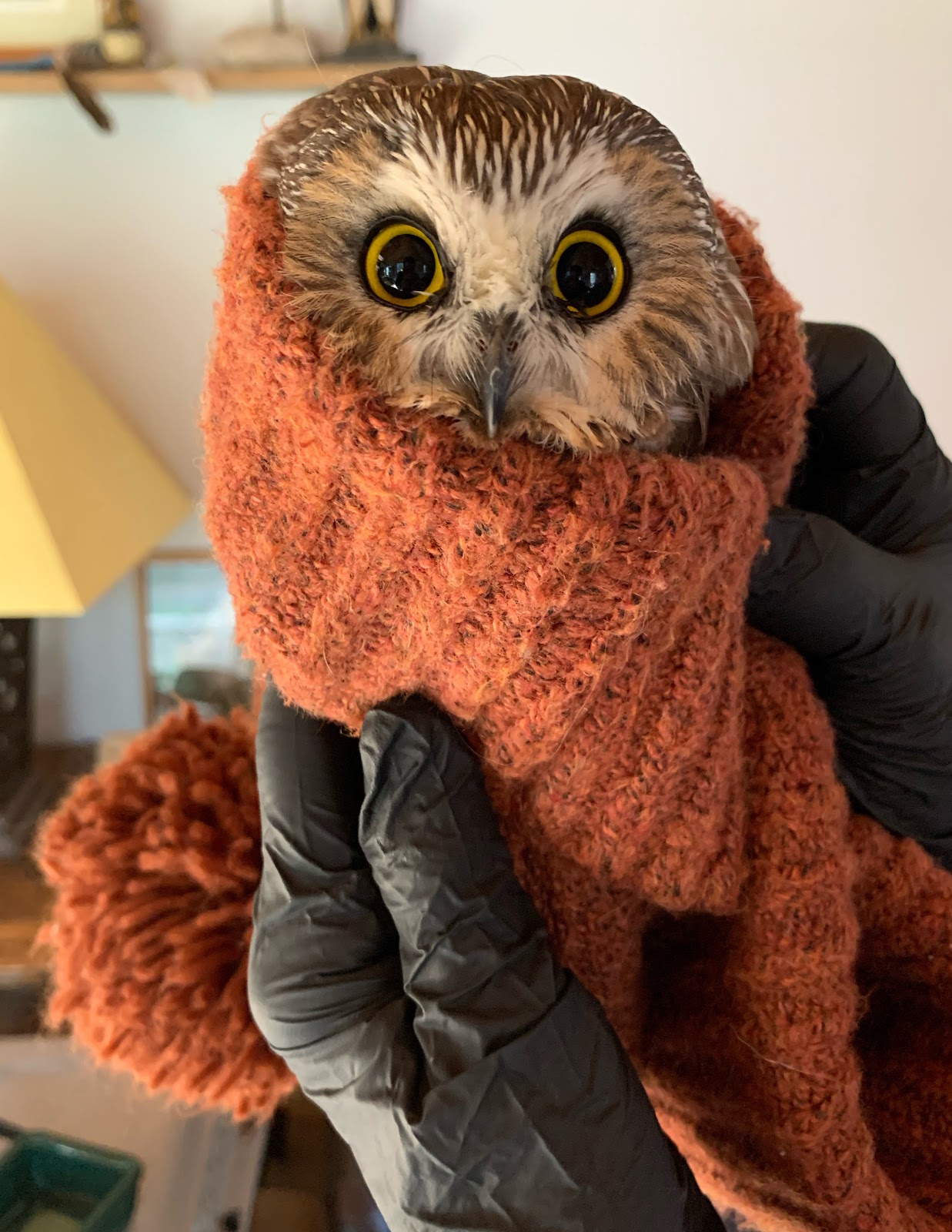 Today, the Christmas experience is very different from normal. This year the annual lighting ceremony was recommended to be watched by live broadcast. Limited options remained for those who wanted to see it in person as there were ticketed time slots. While New York City is not the same as it usually is during Christmas, it is still filled with the energy and electricity that puts you right in the Christmas spirit. Other classic NYC Christmas experiences can still be had, the Bryant Square Markets and ice-skating rink remain open to the public as does the Botanical Garden Glow, Holiday Window Displays on 5thAvenue, and much more. Those who love NYC will make the best of it as they always do.