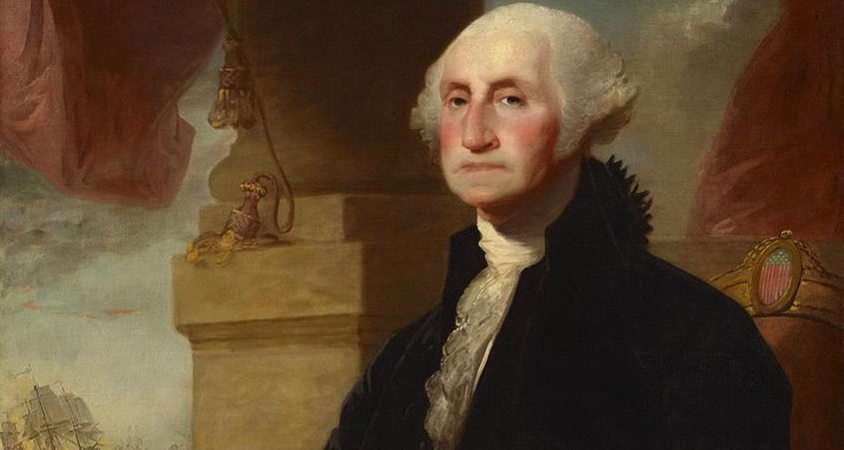 As a proud student at the George Washington University Online High School, I decided to learn more about the famous figure that bears my school’s name by exploring eight historical sites in my area.

George Washington is known far and wide as the first president of the United States. He is also known for serving as the Commander in Chief of thousands of troops during the American Revolutionary War. New Jersey and Pennsylvania are home to several locations where Washington and his army left a trail of history.

In 1776, Washington built up fortifications along the Hudson River, as the British Royal Navy sailed in with the intention of splitting the colonies. To thwart this plan, the American army placed obstructions in the river and set up Fort Lee as a cannonry station. After the British took control of New York Harbor, Staten Island, Long Island and Manhattan, Washington made the decision to abandon the fort without hesitation and leave behind valuable weapons and provisions.

After a series of defeats, Washington’s army struggled to stay afloat. The general himself devised a plan for victory: cross the Delaware River in the middle of the night, surprise the German mercenaries, march to Trenton and engage in battle. Under the cover of a winter storm and without basic necessities, the American army crossed the river from Pennsylvania into New Jersey on Christmas Eve 1776, using a combination of both Durham boats and ferries. Washington and his army continued onto British territory and secured a great victory.

The Battle of Princeton, fought on Jan. 3, 1777, marked Washington’s first victory over the British on the field, as the American troops battled the British all the way to the College of New Jersey (otherwise known as Princeton University). The battlefield of Princeton is also the location where General Hugh Mercer, one of Washington’s closest friends, succumbed to his injuries.

This small park served as Washington’s lookout point in June 1777. Armed with incredible views of the surrounding valleys, the general was able to order his army to stop the retreat of the British forces.

The Continental Army spent the winter of 1777-1778 at Valley Forge, and during this time, they came together as one strong force. The plateau of Valley Forge was an ideal place for the troops, as it allowed them to both train and recuperate from previous battles. Valley Forge became one of the largest cities in America at the time, but this concentration of inhabitants backfired when disease spread through the camp and killed about 2,000. Washington played a central role at Valley Forge, as he urged Congress for more support, and he brought on Baron von Steuben, a Prussian official, who is credited with providing excellent training to the American army.

From December 1779 to June 1780, Washington and his 10,000 troops (along with their families) survived the coldest winter on record in Morristown. The encampment survived at least 20 snowstorms with the help of surrounding county residents. The general and his entourage, including Alexander Hamilton, stayed in Theodosia Ford’s home, which, at the time, was the largest house in Morristown. Marquis de Lafayette is credited with delivering the news about France’s financial backing of the war, which caused Washington and his army to leave Morristown and begin the next chapter of their endeavors.

Dey Manion was one of many of Washington’s military bases. The general occupied the mansion several times in 1780, and it was an ideal spot to call home, as it was close to the Passaic Falls and its many sources of food. While at the mansion, Washington wrote over 350 orders and received over 600 correspondences.

While he stayed at Rockingham in 1783, Washington and his comrades enjoyed the surrounding orchards and natural beauty. Unfortunately, his wife, Martha Washington, was sick during this time, and an early leave was deemed necessary. James Madison and Thomas Paine were among the most notable guests that stopped at Rockingham. It was here that Washington penned his farewell orders to his troops after the war concluded.

If you ever find yourself in Pennsylvania or New Jersey, consider visiting these sites to learn about the rich history of the Revolutionary War and its most celebrated leader, George Washington.

Which one of these historical sites intrigues you the most? Share your thoughts in the comments below.