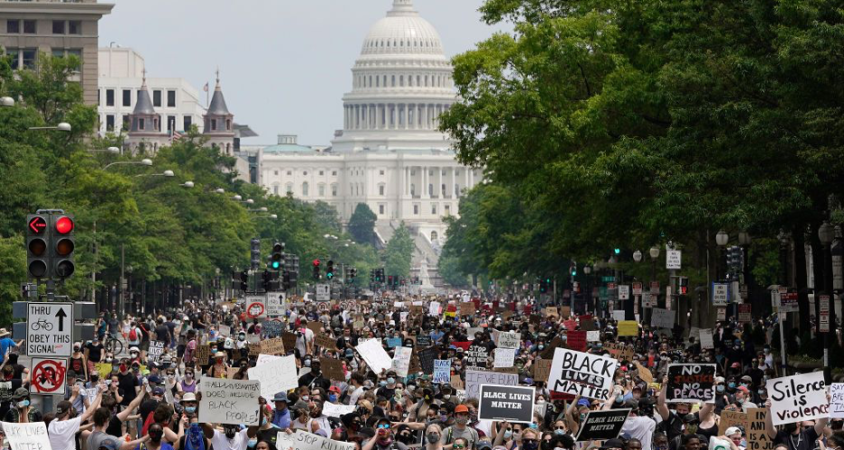 As a white person, I understand that I will never understand, but I stand with you. I want to preface this article by saying that this piece is intended for white readers.  It is not black people’s jobs to educate us about systematic racism, white privilege, police brutality, or any of the racial issues affecting them, and they shouldn’t have to.  Right now, black people are leading a fight for their rights to life, justice, and equality.  My intent in writing this article is to educate you all in the same ways that I have been educating myself–by providing you with information about white privilege, systematic racism, police brutality, the Black Lives Matter Movement, and ways that white people can help support this movement.  My goal in doing this is to amplify black voices and support their fight

.What is white privilege?

When white people first hear this, the main reaction is think of it in a negative light and to simply dismiss its existence.  However, just because people choose to ignore it doesn’t mean it doesn’t exist.  White privilege is not saying that white people have not experienced hardships, rather it is saying that white people’s hardships are not caused by the color of their skin.  It exists as a direct result of both historic and enduring racism, biases, and practices designed to oppress people of color: slavery, the ⅗ compromise, However, white privilege can not be described by a singular definition–that is it is a term with many different complex meanings.  Two main powers white privilege takes on are “power of normal” and “power of the benefit of the doubt.”

White privilege as the power of the normal means that white people have the privilege of not having to worry about everyday things from shampoo and bandaids, to having people who look like you in the workplace, to representation in film and entertainment.  Essentially, most of society’s accommodations are catered toward white people and not towards people of color.  White people move through the world with an expectation that their needs be readily met, while people of color recognize that their needs are on the margin.

White privilege as power of the benefit of the doubt goes further than finding products in store and delves deeper into the lack of diversity within media and the workplace. White people have the privilege of being individualized as they are the norm and also have the privilege of the benefit of the doubt because of this in which they become more humanized.  Essentially, their actions don’t define their race.  This is not the case for people of color, especially for black people.  Because people of color do not have these same privileges–that is they are not the “norm”–they are subject to racial profiling, stereotyping, and an overall lack of compassion.  This comes as a result of systematic racism and bias that has permeated throughout time.

Many of us think we fully know what racism is because of our education, however the hard truth is that many of us don’t. This topic in itself is one that is complex and unfortunately cannot best be described within this article alone.  Instead, this section is intended for you all to gain a basic understanding of racism and I encourage you all to further educate yourself about racism beyond what I have provided for you.

One of the best ways to unpack racism is to examine the three main types as they appear in society.  One type is known as individual racism which lies within individuals and thus are private manifestations of racism.  It refers to an individual’s racist assumptions, beliefs, or behaviors, and it stems from conscious and unconscious personal prejudice.  Another type of racism in systemic or institutional racism which occurs within or between institutions.  It is discriminatory, racially based treatment, unfair policies, and unequal opportunities and impacts produced and perpetuated by institutions and those who take on the power of institutions by acting in ways that advantage and disadvantage others based on race.  The last main type is known as structural racism which is the normalization legitimization of an array of dynamics–historical, cultural, institutional, and interpersonal–that continuously advantage whites while producing a wide array of cumulative and long-standing outcomes for people of color. Furthermore it is a hierarchical system characterized by white supremacy–the preferential treatment, privilege, power, access, and opportunities for white people–at the expense of people of color.  This system both imbues and spreads itself throughout all aspects of society, including laws and public policies, history, culture, politics, and so much more.

Racism also accounts for major disparities and inequities between races.  For the purpose of this article, I will be focusing on examples of inequities between the white and black populations.  The wage gap provides one way to understand systematic racism within America.  In 2010, black Americans made up 13% of the total population, yet only had 2.7% of the nation’s wealth.  Additionally, this same research found that the median net worth for a white family was around $134,000, but only $11,000 for black families.  These statistics alone convey the impact of the nation’s history of racism and oppression of black people. Another way to understand it is by looking at employment statistics.  According to data, black graduates are two times more likely to be unemployed.  However, it doesn’t end there.  These inequities spread into virtually all aspects of life.  Data shows how black students are 3 times more likely to be suspended, how black Americans are 30% more likely to get pulled over, make up 40% of the prison population, and also face racist housing policies today with black Americans being shown 18% fewer homes.  Another major disparity is seen in the solving of murders of white and black people.  A 2018 Washington Post investigation found that the murders of black people were less likely to be solved than those of white people and that in many states white killers of black people were less likely to be convicted or were given special privileges like plea deals or shorter sentences.  The list could continue to go on.  These statistics show how systematic racism exists within America and even more so how it affects black Americans.

A brief guide to police brutality

One of the most important and relevant effects of racism is seen in police brutality towards black people.  Stereotypes and racial profiling have led to the deaths of countless, innocent black people.  Structural racism has prevented most of these black people from receiving justice.  Research shows that black people are most likely to be killed by police, 3 times more likely to be killed by police than white people, and 1.3 times more likely to be unarmed when killed by police than white people.  In 2015, unarmed black people were killed at 5 times the rate of unarmed white people with 36% of those unarmed people killed being black.   One important thing to keep in mind is that black people make up 13% of the population.  Racial bias and racism exists within the police force and if the data alone isn’t enough to show it, then maybe some of the last moments of black people killed by police will.  Breonna Taylor was asleep in her bed when police entered her home unannounced and shot her multiple times.  Botham Jean was eating ice cream in his own home when his neighbor, a cop, shot him multiple times as she thought it was her own apartment and that he was a burglar despite being unarmed and given no warning.  Philando Castile was driving home with his girlfriend when cops stopped him at a traffic light and shot him multiple times.  Castile informed the officers that he did in fact have a firearm that he was liscensed to carry and both and his girlfriend repeatedly told the officers he was reaching for his liscense and registration, however the officers still shot him.  These are just a few of the many stories of black people who were killed by police offers.  Yet, despite these wrongful killings police officers largely walk away without being charged or convicted. 99% of killings by police from 2014-2019 have not resulted in officers being charged with a crime.

Following the deaths of Ahmaud Arbery, Breonna Taylor, and especially George Floyd, protests emerged calling for change and equality for black people.  The important thing to realize is that killings such as these have been happening for years and years. Racism and the killing of black people for the color of thei skin isn’t new, rather it’s just being video-recorded.  Black Lives Matter isn’t saying that all lives don’t matter, rather it is saying that all lives can’t matter until black lives matter.  One popular analogy to help put this into perspective is the burning house one.  Imagine that there is a house on fire in your neighborhood.  The firefighters come and are about to put the fire out with water, when your neighbor stops them.  The neighbor asks why their house isn’t getting sprayed with water as well, arguing that her house matters and that all houses matter.  The firefighters respond by saying that their house isn’t on fire and that if they don’t spray the burning house it will perish. The same thing applies to black lives matter.  Black people have been the victims of racism, oppression, police brutality, and hate crimes for years and years and they need justice and equality.  Black lives need the most attention right now which is why it is black lives matter and not all lives matter.

I want to note that you can’t self-appoint yourself as an ally.  Black people are the only ones who can determine if you are an ally or not.  Furthermore, white people should not be speaking for black people, appointing themselves as leaders in the movement, or speak out to simply prove they aren’t racist.  This is a movement not a trend and should be taken seriously.  Furthermore, don’t practice white saviorism.  You shouldn’t expect praise or a gold star for doing what you are supposed to do.  With all of this in mind, here is a list of things you can do support the Black Lives Matter movement

Link to site with ways to support the movement: https://blacklivesmatters.carrd.co