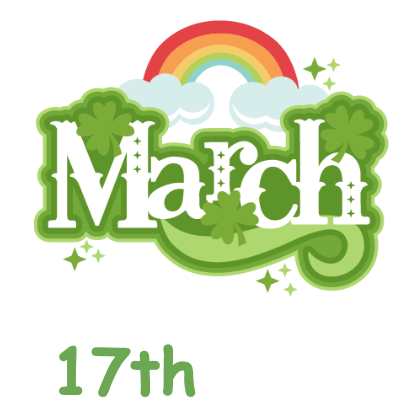 Easy to identify, but not easy to catch, a little red-bearded man in a green coat and top hat is at the center of St. Patrick’s Day. If you’re lucky enough to snare one of those sneaky leprechauns, he will grant you three wishes.

Not Irish by birth, Maewyn Succat was born in Roman Britain. As a teenager, he was captured and taken to Ireland as a slave. He spent six years as a shepherd. He escaped and took refuge in a monastery in Gaul, France. It was there he found Christianity. Years later, he returned to Ireland as a missionary. Succat spread Christianity to a society of primarily pagan and druidic worshipers. At his death, Ireland dubbed him their patron saint “St. Patrick.”

Interestingly, legend says he rid Ireland of snakes. Today, we think those snakes were the pagan gods (and not literal snakes).  The Seamair óg or three-leaved shamrock is equally synonymous with St. Patrick’s Day. St. Patrick used the shamrock as an allegory to explain the doctrine of the Holy Trinity (the Father, Son, and Holy Ghost) to the Irish people. Four leaf clovers bring good luck.

Chicago’s St. Patrick’s Day wouldn’t be the same without coloring the Chicago River a gorgeous emerald green. The tradition of transforming the river for the day really started some 60 years ago. Actually, the Chicago River was not always clean. At earlier times, to spot where pollution was entering the river, sewage was dyed green to pinpoint the source.

One American tradition is the habit of wearing green to avoid being pinched by a leprechaun. It is said that wearing green is said to make you invisible to those wee, wizened bearded men.