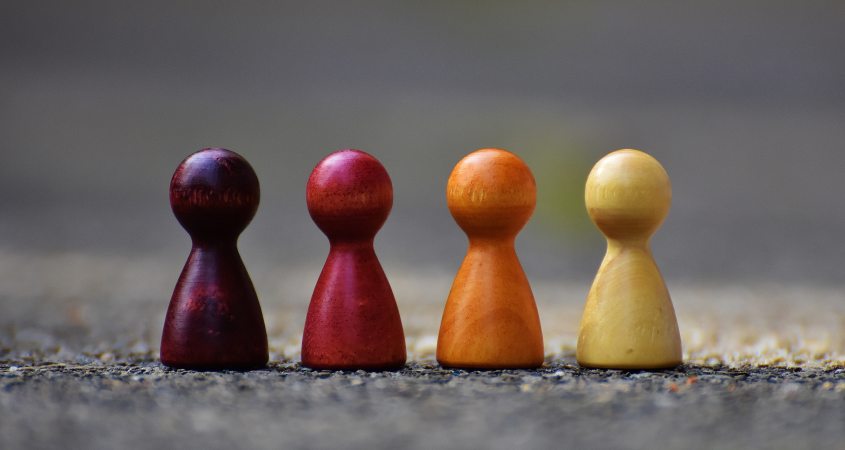 “Oh, I don’t see color!” How many times have we heard this sentence before? Usually, when people say this, their intentions are good. What they mean to say is “I do not judge a person based on the color of their skin.” They believe that they are sending a message, which is that we are all equal. What they do not realize is these two different statements are perceived differently by others, since racial issues are very sensitive subjects for many. In order to understand why the historical context is important, and why pretending not to see color is not helpful, we must also understand why some people say this.

Why do some people say this statement? The ones who decide that they are “color-blind”, are usually the people who have heard other people of other races talking about discrimination and stereotypes, hence they assume not to see color so they won’t be seen as racist or people who discriminate. They don’t want to bring up an uncomfortable topic, so they choose to dismiss it. What they don’t realize is that they are ignoring part of a person’s identity by doing this. When a person says they don’t see color, they are saying that they don’t care to acknowledge where someone comes from or their experience. They are also dismissing all the issues of racism, and disregarding the history of the discrimination that has plagued this country, and still does.

Someone might say that bringing up the past will not help solve anything. We live in a country where blatant racism, segregation, and racial biases were seen as acceptable by many, only less than a hundred years ago. To solve the issue of racism, we should first acknowledge that it happened. Bringing up the roots of this issue will help us uproot it. However, saying that you do not see color dismisses this issue, and pretending it is not there, is similar to slapping a bandage on a cut without disinfecting it first.

There’s a difference between being “color-blind” and being color-tolerant. Realistically, we all see color. Pretending the contrary does not help us resolve this issue in any way. The problem isn’t that we see color, and that we are diverse. The problem is that we judge a person or stereotype that person based on the color of their skin. Instead of trying to dismiss people’s identities, races, and cultures to eradicate racial biases, we should work towards recognizing each other’s skin color and try to control the impulse of judging a person based on the color of their skin.

Diversity is what makes a society thrive. We shouldn’t feel ashamed of who we are and where we come from. We shouldn’t treat a person a certain way just because of where they come from. We also shouldn’t decide that race should be disregarded and isn’t a part of who we are. If we truly support anti-racism, we should acknowledge our diversity, be proud of who we are, and most importantly, address the injustices and racism in our society. The goal isn’t to take away this part of our identity, it is to rid our society of racism.