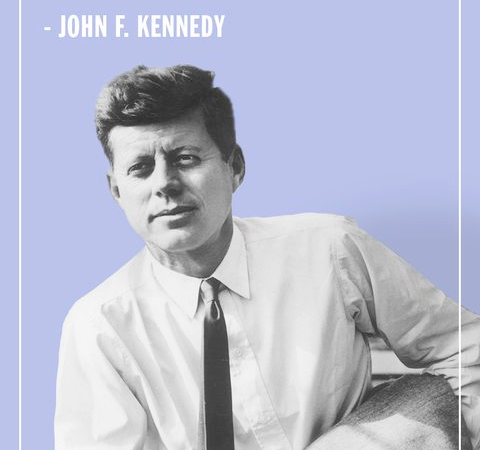 This is an opinion article by one of our staff writers, and the opinions expressed here do not represent the views of the newspaper in general or of the leadership team.

“This country cannot afford to be materially rich and spiritually poor,” from John F. Kennedy, State of the Union Message, January 14, 1963.

The words of our 35th President should stay true even today. But what has occurred in modern times is the disrespect and dishonor we apply in our daily lives. Our country may have the strongest military and the largest economy, but what sets us apart from other countries is that we are built upon the American spirit of mutual respect. We should stay true to our beliefs, and at the same time, respect those who differ in opinions. What we have regressed to now is condemning and shaming others for their differences. But it is our unification and maturity that allows us to thrive in difficult times.

As we have experienced radical political turbulence over the past three years, we should not forget the proper manner to have in times like these. With the media’s hyperbole and falsifying facts, our mannerisms and courtesy are deteriorating. The media continuously mentions extreme and controversial topics to capture more attention from the public. They gain more advertising revenue due to the viewership they are receiving from pitting us against each other. However, they don’t realize that while they may be making money, they are creating more radical opinions in many people’s thoughts. Hence, more turmoil, more drama arises resulting in mutual disrespect throughout America. There are times when we should be debating and arguing, but America is facing a bigger problem. We are talking to each other without the respect that we owe each other, and this is improper behavior. The media’s dramatization and influence have thwarted the American spirit. There should be a respectful resolution on both sides of the table instead of a divided nation.

While the public media is sacrificing the spirituality of our country, we also have our current sitting President doing the same. Many may agree on his effectiveness for our country, but in terms of his behavior, not so much. President Trump mostly comes off as a very arrogant and self-involved person. He usually employs humiliation on most of his Democratic colleagues and often shows very little respect to anyone. While Trump can produce effective policies for economic growth in America, he still presents himself as the least iconic idol for the country he runs. As the President, he should be leading and setting examples; and arguably, a President should be the most iconic idol for his country. If he had a more mature and attentive attitude, we might see the revitalization of the American spirit.

In the end, we should all keep in mind that no matter how many achievements we gain as a country, we need to hold and preserve the American spirit in front of everything else. We need to break the current standard of expectations and the divisive behavior that is tearing each one of us apart. President Kennedy warned in 1963 of a country that is materially rich but spiritually poor…I think it is time we heed that advice and change.