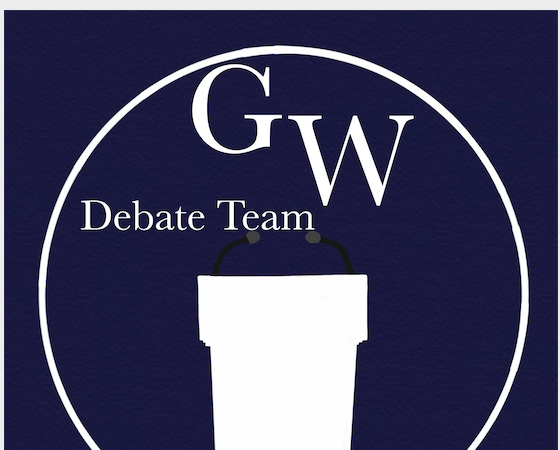 The George Washington University Online High School’s Competitive Debate Team is making history, not only within the school but also in the online school world. The GW Debate Team was established in September of 2019. Since the beginning of the current school year, the GW Debate Team has been determinedly training to achieve their goal of competing in a national debate tournament. As an online school, the GW Debate Team has faced several obstacles. Brick and mortar schools have had several advantages over the online debate team, such as meeting weekly together in a classroom and having the ability to travel together as a school to competitions. With the GW debaters located all across the nation, they have faced challenges in working as a team in the traditional manner. However, despite several obstacles, the team has creatively developed strategies to work together as an online team.

With COVID-19, debate tournaments have transitioned to the online setting. This transition of location includes brick and mortar as well as online school teams, creating an equal playing field for all debaters regardless of their schooling method.

The GW Debate Team made their first debut at the Students vs. Staff Debate held by the George Washington University Online High School. After a successful win by the students, but a strong case presented by the staff, the team’s incentive to enter national tournaments strengthened. Training weekly and debating monthly, the GW Debate Team is excited to be entering the SpeakfortheArts Alumni Online Debate Tournament in the High School Public Forum Division.

The SpeakfortheArts Tournament will take place during the weekend of June 6-7th, 2020. The GW Debate Team has entered four competitive teams representing GWUOHS. As the team continues to train leading up to the tournament, in recognition of the months of hard work, GWUOHS is proud to cheer on and support the GW Debaters and their advisor.

Thank you, GW Debate Team and Mr. Dan Kelly, for representing our school.

Best of luck to the GWUOHS Debate Team!

For any inquires regarding the GW Debate Team contact: dkelly@gwuohs.com